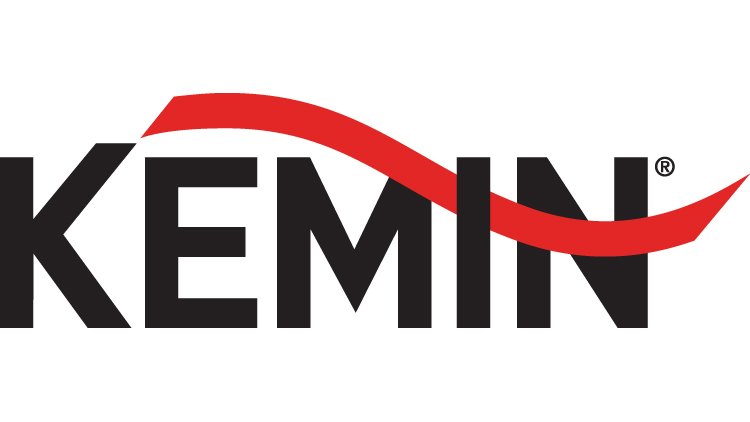 There are no quick wins in the livestock industry. Profitability is the result of the continuous monitoring, calibrating and optimizing of a large number of variables, from the cost of raw materials to regulatory requirements. When it comes to feed, the challenge is to balance feed costs and animal productivity. Boosting feed efficiency has been one of the driving forces in the business. While feed efficiency has increased exponentially over the past decades, there is still room for improvement. One area with particular potential is nutrient absorption. Here are three ways in which nutrient absorption directly and indirectly affects your bottom line.

Simply put, nutrients that are not digested and absorbed by the animal, are resources bought and wasted. Improving nutrient absorption has a direct economic impact, as you need less feed to raise your animals to maturity. For example, about 400-450 kcal of energy per kilogram of feed is not absorbed when broiler chickens are fed a traditional corn-soybean meal type diet[1]​​​. As feed remains the largest cost in animal production, even a small reduction in nutrient excretion will add up to a considerable cost savings for a facility of any size.

Fortunately, improving feed efficiency through better nutrient absorption is possible. In the last few years we have seen the emergence of exogenous enzymes as an addition to poultry diets to improve digestion. Most recently, absorption enhancement additives have shown impressive results in improving nutrient absorption. A recent study by Dr. Matias Jansen, Product Manager with Kemin, showed that using an absorption enhancer (in this case LYSOFORTE EXTEND dry) reduces the feed conversion ratio for broiler chickens by  three points [2]​​​. This means that to produce one kilogram of chicken meat, the chickens that are fed a feed with the absorption enhancer need 30 grams less feed than those fed a standard feed. For a facility with 100,000 chickens, this means almost 7 tons of feed less to raise those chickens to maturity. The financial conversion for this study shows a consequent savings of €7 per ton of direct feed cost and 1.2 cents saving per kg of body weight. Another study on the use of LYSOFORTE EXTEND showed that its addition to the diet of sows resulted in 46 kilograms less feed needed per pig.

Dr. Jansen concludes that, “Absorption enhancers are promising tools for the animal feed industry. The present study clearly indicates how nutrient absorption can be improved using a mixture of lysolecithin, monoglycerides and emulsifier to avoid wastage via the feces and improve performance​.”

Diet formulation is largely determined by economics. It is important to keep in mind the financial benefits of feed additives, as they play a key role in achieving feed efficiency and the profitability benefits it entails.

The gastrointestinal tract (GIT) plays a pivotal role in the health and productivity of livestock. It affects absorption and digestion of nutrients, disease resistance      and immune response, all of which impact productivity. This makes gut health a particularly hot topic in the business.

This is especially the case for poultry. As broilers grow exponentially over a short period of time, their GIT undergoes radical morphological, biochemical      and molecular changes. The nutrients provided to chicks after hatch are      critical for their intestinal development. An inadequate diet can compromise the integrity of their GIT. The texture and form of feed can play a role too. Yegani and Korver concluded that, “When the GI tract is healthy, inclusion of whole wheat into the diet may help to improve digestive tract function, but when the integrity of the intestinal tract is impaired, inclusion of whole wheat may decrease performance of the GI tract​.”[3]​​​

The recent removal in many  countries of antibiotic growth promoters from the poultry diet will likely result in changes to the microbial composition of the GIT. In addition, there is some evidence that the ban on antibiotic growth promoters has caused an increase in infections. As M'Sadeq et al note, “Enteric diseases are one of the most important problems in the poultry industry because of high economic losses due to decreased weight gain, increased mortality rates, worse feed conversion ratio, greater medication costs, and increased risk of contamination of poultry products for human consumption​.”[4]​​​

Threats to the GIT include bacteria (Escherichia coli, Salmonella typhimurium, Clostridium perfringens, Campylobacter​ etc.), intestinal parasites such as protozoan (e.g., Eimeria species​) and worms (e.g., Ascaridia galli​).[5]​​​ Coccidiosis, bacterial and necrotic enteritis are of specific concern. Bacterial enteritis is an inflammatory response to an unbalanced microbiome caused by excessive proliferation of pathogens or pathobionts in the intestine. An oversupply of nutrients in the lumen starts a vicious circle that leads to a shift in microbiota, resulting in morphological and functional alterations. This in turn results in poor digestion of feed and absorption of nutrients, which again creates oversupply of nutrients in the lumen, etc.

There is direct link between diet, gut health      and nutrient absorption. For example, M'Sadeq et al write, “Diet is now widely recognized as having a strong impact on the incidence of necrotic enteritis in broiler chickens​.” In this discussion, the focus should not just be on disease prevention, but also on optimization of digestion and nutrient absorption. This requires a multidisciplinary effort that combines, among others, health and disease management, feed formulation and additives, feed form (pellets or mash), environmental conditions and farm management  and water consumption. It is an investment in animal health, productivity and feed efficiency with benefits that extend to your bottom line.

As the number of livestock grows worldwide, so does the issue of manure disposal. Limiting air, soil and water pollution is one of the major objectives of sustainable animal production. Many countries have set limits on how much manure can be spread on producers’ own land and how much they can trade. Today, this imposes a de facto limit on business size and growth in many countries. In others, such as The Netherlands, that limitation in number of animals per business has been determined by law. Regardless of regulatory pressure, waste management is a cost for producers, in terms of time, personnel, logistics      and land management. Reducing the amount of manure not only makes your business more sustainable, it also comes with a significant business upside.

Nutrient absorption is key to manure reduction. After all, nutrients that are absorbed by the animal are not excreted. For example, phosphorus is an essential nutrient for poultry, as insufficient phosphorus can lead to reduced performance, leg disorders and mortality. That is why feed often contains more phosphorus than required. However, the majority of phosphorus in feed is also excreted (eg. 50-65% for broilers[6]​​​). The same applies for n     itrogen, another component of manure that can cause air, soil and water pollution. 55-65% of nitrogen ingested by poultry is excreted. Better nutrient digestion and absorption can improve these ratios and thus result in less waste.

Recently developed practices and products can help meet that goal. For example, The Aristotle University of Thessaloniki recently studied the use of LYSOFORTE EXTEND and found that pigs that received the absorption enhancement additive produce over the entire production cycle approximately 9 kilograms less feces per pig. This implies that over its lifespan, each pig produces approximately 350 grams les ammonia. Transposed for the entire EU pig population, this would mean about 1m ton less feces and 42,000 tons less ammonia produced. Dr. Jansen points out the implications for the entire industry: “Innovations such as absorption enhancers not only reduce the financial and logistical strain of waste management, they can also make a significant contribution to sustainable animal production​.”

Modern agriculture has generated triple-digit increases in feed efficiency over the last decades. Still, there is room for improvement with significant business impact. The economic potential of optimizing nutrient absorption is still widely underutilized. As new insights and products that improve the absorption of nutrients become more widely known, they will help individual producers and the industry as a whole achieve efficiency and profitability in a sustainable way.