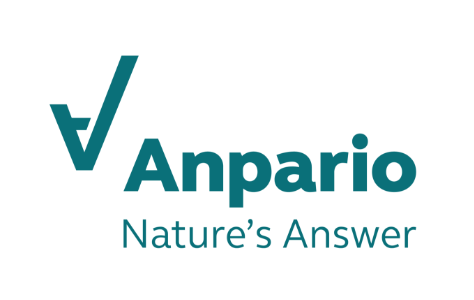 Piglets face a challenging four to five weeks after weaning. Over this period, piglets must cope with the loss of protective milk antibodies, new microbes and other stresses that can allow Escherichia coli ​to colonize the gut. Farmers have traditionally had powerful tools to counter the diarrhoea-inducing bacteria. But moves to cut antibiotic use and ban zinc oxide are forcing them away from established approaches. Instead, farmers are using eubiotics to promote balanced gut microbial populations.

Eubiotics are products that help to regulate or create the balanced populations of gut microbes that all animals need to thrive. Pigs with a healthy gut face reduced immune challenges and have increased feed intake, enabling them to put more energy into growing to achieve target weights. The result is healthy, high-performing pigs.

Helping pigs toward this microbially-balanced ideal — a state known as eubiosis — is in the interests of everyone but aspects of intensive production make it hard to achieve. The intestines of piglets are colonized by some bacteria at birth but they wean before developing a diverse, mature community of gut microbes. This results in a critical four to five week period after weaning in which bacteria colonize vacant niches in the microbial gut ecosystem.

If benign and beneficial bacteria colonize the gut in these early weeks, the pig will have a microbial population that helps with digestion and outcompetes pathogens, leading to long-term benefits. However, there is a risk that E. coli ​and other harmful bacteria will colonize the gut first, causing post-wean diarrhoea (PWD) and slowing growth of the pig.

In the past, farmers used antibiotics to kill pathogens and administered zinc oxide to control E. coli ​infections. Concerns about antimicrobial resistance (AMR) are diminishing use of these tools, though. Last year, the European Commission gave farmers five years to phase out the veterinary use of zinc oxide. Similarly, initiatives are underway to encourage the judicious use of antibiotics.

These regulatory actions are depriving farmers of well-established ways of managing weaning but an alternative approach is already available. The alternative is to take a more holistic approach to gut health, moving away from the blunt force of antibiotics in favour of products that encourage the development of a balanced microbial community.

Acid-based eubiotics (ABE) are an important enabler of balanced microbial communities. These products help to lower the pH environment in the gut, making it more hospitable to some bacteria and more hostile to others. Notably, E. coli ​prefer higher pH environments and therefore struggle to colonize the more acidic environment of pigs fed with ABEs.

ABEs also encourage the growth of lactic acid bacteria (LAB) which in turn help reduce the pH of the digesta. As LAB proliferate, they produce lactic and acetic acid. These metabolites are used by butyrate producing bacteria, which thrive as the LAB population grows and are beneficial in nutrient digestion. The success of this second bacterial population leads to more production of butyrate, a short-chain fatty acid (SCFA) that supports gut health and function. In this way, ABEs help young pigs to help themselves by triggering a cascade of positive events.

This idea is supported by data. In one study, piglets were randomized to receive an ABE, zinc oxide or a control diet for 28 days during weaning. The piglets were orally challenged with E. coli ​eight days after weaning. Pigs in the ABE cohort gained 73 grams a day more weight than those in the control group, and 30 grams a day more than subjects that received zinc oxide. The final body weight of pigs in the ABE group was 2.1kg, more than pigs in the control group.

Multiple other studies have reached similar conclusions, showing that use of ABEs during weaning improves the growth rate and feed conversion ratio of pigs. The result is healthy, high-performing pigs that thrive without zinc oxide. With the countdown to the ban on zinc oxide underway, the results provide clear evidence of how farmers can benefit from the enforced change in their practices.

Choosing the right ABE for the job​

The studies show that not all ABEs are created equal, though. Different acids have different effects. ABEs typically feature SCFAs, such as formic and propionic acid. The choice of SCFAs affects the solubility of the ABE and its effect on the pH of the gut. Furthermore, some SCFAs have unique features. Formic acid, for example, has antibacterial properties, making it a useful tool and enabling it to pass European Union registration as a hygiene condition enhancer. Some ABEs also feature longer, medium-chain fatty acids.

This breath of possible ingredient combinations results in ABEs with a range of different properties. By understanding how the choice of acid affects the properties of the ABE, farmers can select the product best suited to their needs.

How the acids are delivered matters, too. The simplest approach is to add a liquid-based ABE to the feed or water consumed by piglets. However, as the organic acids in these ABEs are delivered in an unprotected form, the existing bacterial community or animal itself quickly use them, resulting in a very short effect that can fail to create a balanced microbial population. Equally, adding ABEs during feed production exposes the acids to temperatures that can affect their function.

Longer-lasting effects are achieved by encapsulating organic acids in fat. The pig must digest this coating before the acid is released, resulting in an extended delivery profile. The downside is pigs can only benefit from these ABEs if they can digest fat. Young piglets struggle to digest some fats as their capacity to make the bile that breaks fat globules up into emulsified particles and the lipase enzymes that split up fat molecules are underdeveloped. These capabilities are further diminished when a pig is sick or under pathogen stress.

Feed additive companies have responded to these challenges by developing ABEs that use delivery vehicles better suited to the guts of piglets. Anpario, for example, use specially selected natural minerals which are formulated for specific properties as a carrier system for its ABEs, including Genex Weaner. The use of porous inert carriers encourages acidophilic bacteria, such as LAB, to bind to its surface, giving it a protective biofilm that excludes other species and lowers the local pH.

As the acid-saturated carrier passes along the gastrointestinal tract, it releases its payloads in a controlled way. The steady release of these acids in the small intestine encourages the growth of LAB and butyrate producing bacteria. The ABE is still releasing its payloads when it reaches the rectum, ensuring the state of eubiosis extends right along the gastrointestinal tract.

Moving to a eubiotic system​

The rise of ABEs gives farmers a scientifically-validated alternative to the regimens of zinc oxide and prophylactic antibiotics they deployed in the past. However, switching to a eubiotic approach entails more than simply changing additive suppliers. It requires farmers to make small adjustments to how and when they intervene to achieve eubiosis and thereby promote the health of their animals.

The fast-acting nature of antibiotics allows farmers to administer them during the challenge period, such as the time immediately after weaning. ABEs, in contrast, trigger more gradual changes. It takes two to three weeks for ABEs to create the balanced microbial community pigs need to cope with weaning and other challenge periods. As such, farmers need to start giving ABEs to piglets two to three weeks before weaning or through the sow if the approach is to be successful.

This change in timing is part of a broader shift in how farmers approach pig health. Forward-thinking farmers are increasingly taking a more integrated approach to the management of their pigs. These farmers no longer see veterinarians and nutritionists as experts who deal with distinct aspects of pigs. Rather, they see veterinarians and nutritionists as collaborators who work together to improve the health of pigs and, by extension, the commercial performance of the farm.

For these farmers, ABEs are a critical part of the evolving nutritional regimens pigs receive ahead of the various challenge periods they face during their lives. Done well, this balancing of nutritional and environmental factors creates pigs that can naturally help themselves through challenge periods and quickly grow to achieve their target weights.